Apart from the buildings and the land which makes up the glorious site of Worksop College, the Chapel Organ could be argued to be its greatest asset. It was built by Keates of Sheffield, installed in 1923 by J W Walker and first heard in public at the Commemoration Service at Speech Day on 10th July 1923. Whilst the organ has received major overhauls in 1963 and 2001, the organ largely sounds as it did nearly 100 years ago.

It is fair to say that there are only a handful of school organs in the country which are comparable or better than ours. As with any musical instrument, it is the quality of the sound it makes that determines its calibre as well as the quality of the craftsmanship. However with organs, as they are usually a permanent feature of a building, they are ‘voiced’ to suit the natural acoustic of the chapel or church. In our case, a very fine instrument is enhanced by its perfect placement in the West End Gallery thanks to the foresight of Sir Hugh Aston Webb (who also designed the principal facade of Buckingham Palace and the main building of the Victoria and Albert Museum, among other major works around England). Thus, the organ is able to speak straight down the chapel into a clear a generous acoustic.

As you can see from the specification at the end of this article, Organists at Worksop have 35 speaking stops to blend together to form different sounds, spread across 3 different manuals (keyboards) making it a remarkably versatile instrument, thereby enabling music from any musical eras to be played convincingly. Although its monetary value, approximately 1 million pounds, speaks for itself, the quality of the instrument is often overlooked and yet anyone who has ever attended a service here knows how effective it is in enhancing ceremony and meditation in equal measures. With its strong Great Chorus and solo trumpet, no congregation, no matter how ‘robust’ their singing, has ever out sung this instrument in volume and yet it is also capable of accompanying the most intimate solos.

It is always interesting to see how eminent organists react upon their first visits to the College. Colin Walsh, who can normally be heard playing one of England’s best cathedral organs, is a particular fan of the Great Flute stop because of its wide scale and luxurious French qualities, whilst David Briggs found the lower range of the pedal trombone to be particularly effective at conveying some of the drama in the silent film, Phantom of the Opera.

For many it is the chapel services that form some of their strongest memories of their school days and in this way the sound of this organ is hard-wired into the memory thousands of Worksopians. For many Music Scholars and staff alike it is this organ, combined with the strong Christian ethos of a Woodard School, which forms the primary reason for joining this community and is part of the profound cultural ‘glue’ which makes it so strong.

To read more on the sepcifications of the organ click HERE 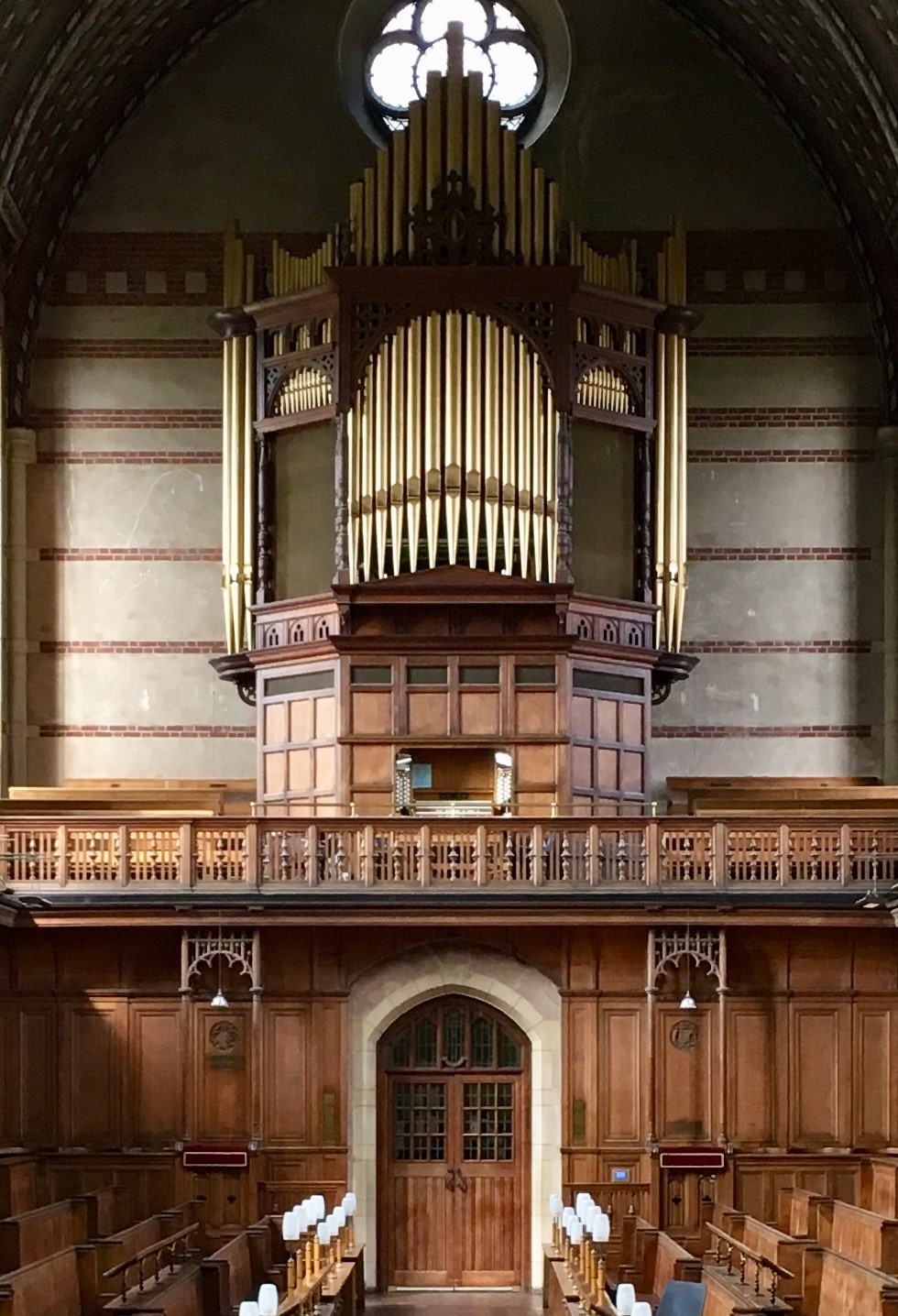 An interesting story about how the Worksop College crest came into existence, from the Cuthbertian magazine, 1919. More...